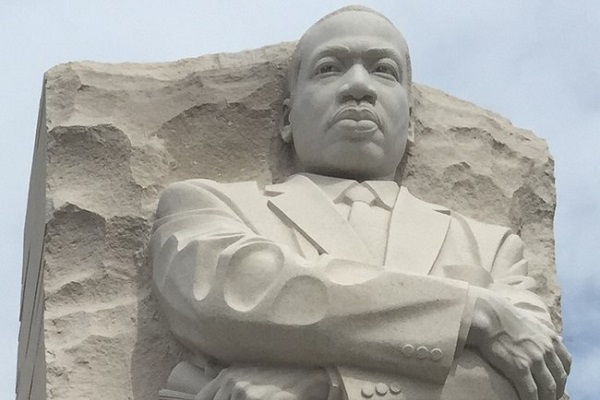 Black Democrats and White liberals rail about the gains derived from the Civil Rights Movement.  I ask, “What gains?”  If murder, poverty, and mass incarceration are gains, you may have a point.  In an attempt to make him untouchable, liberals have protected King’s counterfeit legacy by sealing his FBI files until 2027.  Nevertheless, his reckoning is here.

But that reckoning shouldn’t occur exclusively because of King’s immoral behavior.   It shouldn’t happen because the “Good Reverend’s” best friend, Ralph Abernathy, in his book And the Walls Came Tumbling Down, described King beating a woman and sleeping with two others at the Lorrain Motel the night before his death.  Or because Arthur Schlesinger recorded Jackie Kennedy saying he was “terrible, phony, and tricky.”  Or that Black Major League Baseball player Don Newcombe reported to the FBI that King was a “drunk” and had an illegitimate child by a woman married to a sterile Los Angeles dentist.  Or because King allowed the dirty world of politics to turn the Black church into a puppet of the atheist and racist Democrat party.

No.  This reckoning should happen because Rev. Dr. Martin Luther King and the Civil Rights Movement have failed Black people.  They managed only to elect many Black Americans into office, with most of them belonging to the same evil Democrat party that had necessitated the Civil Rights Movement by enslaving, raping, castrating, and oppressing Black Americans for over one hundred and fifty years.

After fifty years of following King’s failed ideology, consider these results.  On June 4, 2020, the Washington Post reported “no decrease in Black and White citizens’ wealth gap since 1968.”  The Brookings Institution reported that in 1965, only 24% of Black children were born out of wedlock.  In 2020, it was 69.4 (approximately a 300% increase).  Between 2019 and 2020, Blacks made up 11% of the population but 50% of all murders.  In May 2019, Penn State and UCLA reported that school segregation is getting worse.

This is King’s legacy.  Why are we celebrating it?

In explaining how to recognize a false prophet, Jesus said, “A tree is known by the fruit it bears.”  He said you cannot get bad fruit from a good tree.  The fruits of the Black community, almost unanimously, are rotten to the core.

What good has come from Martin Luther King’s movement for Black America?  The American Black community is at the bottom of nearly every socio-economic statistic.  The Black family is weaker.  The Black church is more apostate. The Black economy is nonexistent.  Black government is corrupt.  Black education is terrible.  Are we celebrating failure, or was this their intention?

To have been a Christian minister, it is illuminating that King’s ideology is anathema to Christianity, manliness, and American freedom.  Consider this: after attempting to integrate an all-White hotel in 1965, when asked what he wanted, King reported replied, “My dignity.”  I hate this story.  God gave all of us our dignity, but King and his minions taught America that White people held the dignity of Black America in their hands, and we had to beg them to release it.

His low opinion of Black people was on full display when he said Black people could not pull themselves up by their bootstraps because “they did not have boots.”  He told us non-violence is a Christian virtue.  That is not true.  There is no virtue in strong Christian men allowing their wives and children to be beaten, raped, and murdered as King demanded.  Non-aggression is a Christian virtue, not non-violence.

Forced integration or forcing others to allow you to be where you are not wanted or not invited is not a Christian or manly virtue.  It is offensive to force your presence upon another, and Jesus taught that we should never offend unless it is for his sake and never our own.  To do otherwise defines you as a stalker.  A stalker can never be loved — only pitied, as most Black Americans are today.

In his epic “I Have A Dream” speech, reportedly written by his White communist handler, Stanley Levinson, King planted a sense of perpetual slavery in the minds of every Black person when he said, “One hundred years after the Emancipation Proclamation, the Negro is still not free.”  That is not true.  I was born free.  God gave me my freedom.

In that speech, he placed in the Black mind the blasphemous idea that government is above God when he said we have come here to cash a check from America guaranteeing our unalienable rights.  That isn’t true.  Our unalienable rights are given to us by God.  According to John Locke, these rights are irreversible, unsellable, and nontransferable.

Cementing in the minds of Black Americans and America the belief in Black inferiority, he delivered his most quoted line: “I have a dream that one day my four little children will not be judged by the color of their skin.”  You wish not to be judged only by something that shames you.  One should never be ashamed of something that God gave him.  Furthermore, Christianity teaches that we cannot and should not try to control the actions of others.  The stupid, ignorant racist should not be concerned about me.  I am never concerned about his judgment or bigotry.  We can only control ourselves.  There’s nothing wrong with the color of my Black skin.  You are welcome to judge me by it.  Underestimate me at your peril.

He ended this epic speech by doubling down on the fact that Blacks were not free, and we needed the permission of White people to be free by saying “knowing that we will be free one day” and on a certain day we can say, “Free at last, free at last, thank God almighty, we’re free at last.”

Let me reiterate: I was born free.  No man can set me free.  I just am.

This speech set in motion decades of Black victimization and White guilt.  It is recited from every classroom in America, indoctrinating future generations to believe the lie of Black inferiority and the goodness of government dependency.  Instead of being recited, it should be re-evaluated, condemned, and placed in the trash bin of history beside the Dred Scott and Plessy v. Ferguson rulings.

These King statements that have long been a part of America and are canon in Black American thought must be pulled up, root and stem.  White Americans are not responsible for and cannot solve the problems of Black people.  No other racial group in America carries this badge of inferiority, depending for all their future success on the actions of another racial group.  Most comprehend the insanity of this ideology, and the present condition of Black society testifies to its epic failure.  Therefore, King’s reckoning is at hand, and as with the old Confederacy, it’s time for a reconsideration.

Regarding King, Jim Tott wrote, “Toward the end of his life, a major poll found that nearly two-thirds of Americans held an unfavorable opinion of the civil rights icon.”  On March 4, 2015, CBS News ran a story titled “Have the goals of the civil rights movement been achieved”  Fifty-four percent of all Americans and 72% of Black Americans say no.

With all the speeches, marches, and pieces of legislation, with no success, it is time to understand that King was wrong.  Black Americans cannot garner love and respect through legislative coercion.  History has proven that it is a waste of time even to seek it.  We should spend our time trying to control and improve ourselves, praying for and protecting ourselves from people who mean us harm, while cherishing the people we love.

There is evidence that King’s new society that teaches pity, not esteem, begging instead of earning, and stalking instead of standing has bred an insidious self-hate among Black people.  Sadly, wherever Black people live in close proximity with one another, they hurt, disrespect, and kill each other on an industrial level while aborting their children at three times the level of white women.

When stalking, begging, and pity didn’t work, King resorted to violence.  He contracted out his violence to a third party.  He used the gun of the federal government to force the racist Democrats to allow Black Americans into their presence.  Intentionally or unintentionally, King placed Black America into the sad position where they are now not respected, but pitied; where they are not wanted, but tolerated; where they do not earn, but are “given” — thus leaving too many of these Black people filled with hate, pride, envy, and grievance, devoid of gratitude, never satisfied, always complaining, and never saying “thank you” or thanking God.

This line of thinking has produced a generation of Black people where there exist mostly victims and their victimhood-supporters and allies: Black Lives Matter, the Congressional Black Caucus, the NAACP — all marvelous beggars, cowards, and thieves.

Taylor Branch, in his book Parting the Waters: America in the King Years, called Martin Luther King, Jr. “a pawn of history.”  He is that and much worse.  He is a weapon the left wields in the Democrat party, designed to keep America in condemnation and Black people in their place.

King’s aforementioned amoral actions are germane only in the sense that they match the amoral outcomes of the Civil Rights Movement.  Blacks must take their place as free men and women, complete with all of its dangers and glories.  Black men of honor must reject all condescending overtures of affirmative action, the pity of Critical Race Theory, and the weakness of “anti-racist theory” from our former oppressors.  We must compete, earn, and defend as all free men do.

Because of King’s abusive behavior toward women, David Garrow concluded his piece on King by saying these actions “pose[] so fundamentally a challenge to his historical stature as to require the most complete and extensive historical review possible.”  This may be true.  But the wretched condition of Black America is the primary black mark on King’s legacy and the ultimate reason for his re-evaluation.

Until Black Americans reject King’s ideology and accept that we should be esteemed by instead of ashamed of the color of our skin; that we, not White America, hold our dignity in our hands; that our rights come from God, not government; that we are and always have been free, and that we should never stalk, beg, and compare ourselves to White America or anyone ever again other than our former selves, Black America will remain at the bottom of every socio-economic statistic in the Western world.

Dangerous freedom over safe slavery; justice over equality; strength and honor over pity, envy, and stalking.  This is the true face of America and what God intends for all people.