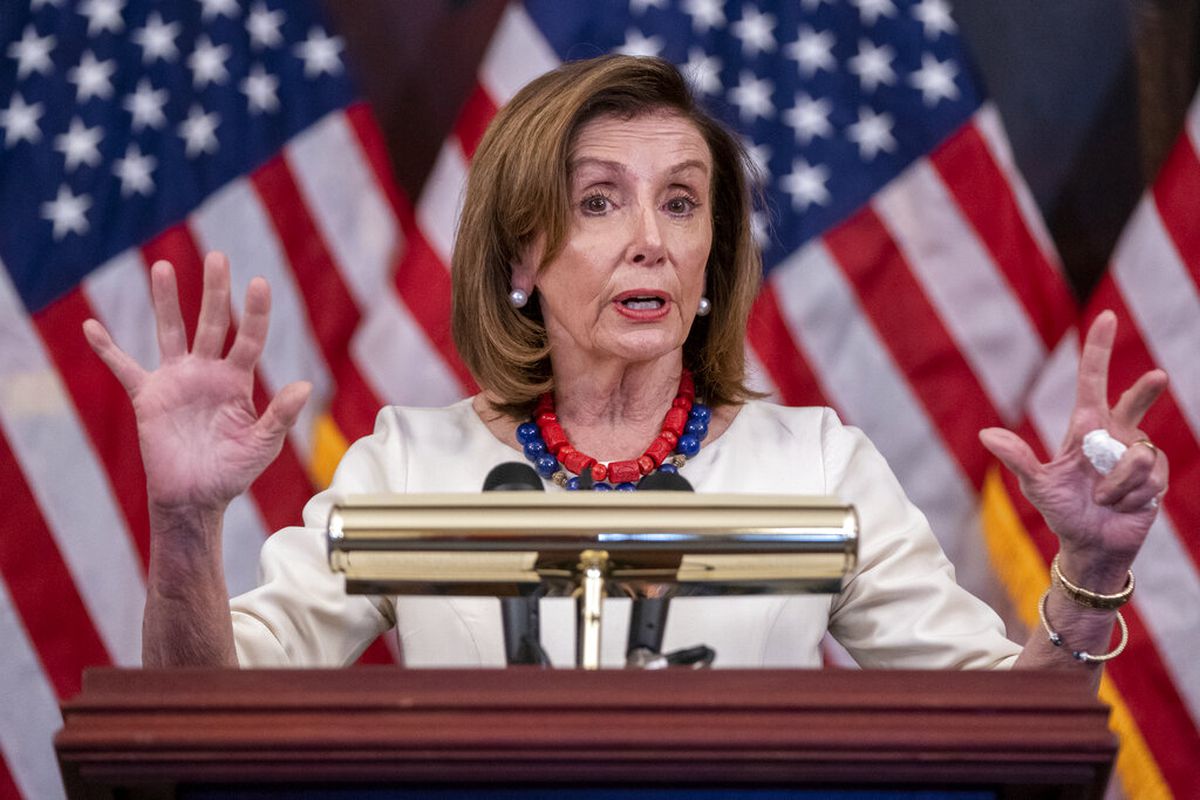 “They commit the oldest sins in the newest kind of ways.”

With their constant attack on religious liberties and the unanimous passing of the Equality Act by Democrats in Congress, Democrats have finally admitted publicly what their actions have confessed for the past 200 years: True Christianity and the Democrat Party are incompatible. Christians are held in absolute contempt by this party. Democrats would force churches and religious schools to have same-sex bathrooms and hire LGBTQ staff. They would force Churches to marry same-sex couples or lose their tax exemption. Democrats would force an LGBTQ+ curriculum on Christian children under the age of ten without parental consent.

Why? True Christianity advocates freedom and that there is no law that supersedes the laws of GOD. Democrats believe the government is GOD and advocate absolute government control. Therefore, from their perch of self-righteousness, the Democrat Party has rendered a verdict against the Christian faith. They have found Christianity discriminatory and those that practice it, lawbreakers. What took them so long? With the burning of crosses, public lynchings, and shoes made from black human skin, the leadership of the Democrat Party has always been an evil cult of false Christianity.

Democrat Party hatred for abolitionists along with their beatings and murders of non-violent civil rights workers, are legendary. Over the centuries, the Democrat Party leadership consistently warped and bastardized Christianity toward its immoral political ends. If we honestly examine the history of the United States, we will find that it has essentially been a battle between “True Christianity” vs. “Democrat Party False Christianity.”

Today in their unceasing effort to destroy America, “Democrat Party False Christians” have proclaimed religious repression, the killing of the unborn, theft from citizens, the disarming of citizens, drug legalization, and LGBTQ+ indoctrination of children through government education. True Christians have proclaimed these actions sinful, immoral, and wrong and are now fighting to make them illegal. Nevertheless, in their effort to legally and socially justify these immoral acts, the Democrats Party has proclaimed Christianity to be discriminatory. Both cannot be right.

To understand the enormity of a future under Democrat Party control, consider this: There has never been a time in the history of the Democrat Party where they have not found a way to murder, exploit and oppress the poor and minorities under their control. After over two hundred years of losses to “True Christians,” you would think that they would be crestfallen and disheartened. Instead, the converse is true. Their resolve to do evil is in maximum overdrive.

Democrats have now found another minority to exploit. Their support for the LGBTQ+ community has nothing to do with equality. Still, it has everything to do with leveraging the civil rights of LGBTQ+ citizens to nullify the constitutional rights of the Democrat’s most powerful enemy, the True Christians.

On December 5, 2021, Rachel Laser, president and CEO of Americans United for the Separation of Church and State, wrote in an op-ed for The Washington Post that essentially reasoned that government vouchers should not be afforded to religious schools because religious schools discriminate against LGBTQ+ and the teaching of other religious doctrines. Indeed, on November 24, 2021, Kate Cohen wrote an op-ed for the Washington Post titled “Parents think they know what is best for their kids. But they don’t.” Terry McAuliffe, the Democrat nominee for governor of Virginia lost mainly because he said in a debate that he’s not going to allow parents to tell teachers what to teach.

Is the Democrat Party still as evil as it was during the times of slavery and Jim Crow when it claimed that Christianity supported the sale, murder, assault, and rape of Black Americans? Let’s examine the evidence: If the financing, killing, and profiteering from the lives of millions of innocent babies aren’t evil, then nothing is evil. If repressing religious liberties, legalizing drugs, and locking poor children in failing gladiator schools aren’t evil, nothing is evil. If allowing millions of unvetted/unvaccinated illegal aliens to invade the U.S, the disarming of lawful citizens, defunding police in warzones, or mutilating the genitalia of disturbed children, and injecting them with puberty blockers aren’t evil, then nothing is evil. If stealing from one neighbor to buy another neighbor’s vote, abandoning thousands of citizens and friends to torture and death in Afghanistan, or forcing a minor female child to go to the bathroom with a strange adult male is not evil, then nothing is evil. These are just some of the savage and terrible deeds the Democrats proudly promote and practice at this very hour.

To have a small group of elite wealthy Whites enslave the masses of America has always been the plan of the Democrat Party. In his “House Divided Speech” delivered June 1858, Abraham Lincoln warned America of this very fact when he warned that this nation would not continue to be half slave and half free. It will become all one or the other.
Enslavement of the American people is still their goal. And true Christianity stands in their way. The Democrat Party’s two hundred years of control and mistreatment of African Americas is proof of their master/slave complex and a preview of what they have in store for the rest of America if they retain power.

Their hatred for humanity is on full display when one visits the forcibly segregated inner-city ghettoes they control. The Democrats have created a criminal dystopia in these inner-city ghettoes. And the fact that they stand for re-election each election cycle is proof positive that this carnage is intentional, and they are proud of it. They have conducted blistering and unwavering attacks upon these helpless citizens, designed to ensure that they never rise any higher than they are. Their constant and relentless attacks upon this ill-educated, poverty-stricken, and oppressed people will someday be critiqued and condemned by history.

However, I do not believe the word exists that will adequately describe the worldwide condemnation that they deserve and will receive for exploiting and abusing an oppressed people that had come to them for safe harbor.

Like a virus, the Democrats will feign defeat and lay dormant only to re-emerge when they detect that the host is too weak to fight off an attack. They perceive that weakness currently. Counting the Confederacy, Reconstruction, and Jim Crow, this will be the fourth time that we True Christians have defeated the Democrats in their quest to murder and enslave American citizens. But they are mistaken. They consistently underestimate the resolve of the American people. Each time this cabal of thieves, perverts, and psychopaths have emerged, “True Christians and people of the Book” have defeated them. Good will always defeat evil.

However, we must be ever vigilant. Proverbs 4:16 says: “For they cannot rest until they do evil; they are robbed of sleep till they make someone stumble.”

If Satan walks this earth, he rests his head at the Democrat National Committee.
Let’s be there waiting for him when he comes out.